According to statistics, 1 in 3 people have a fear of flying, which means 1 person in every row of three seats in any aeroplane, would really rather not be there.

You may think these people are justified in their fear, after all, plane crashes are so prevalent, and happen all the time… or do they? 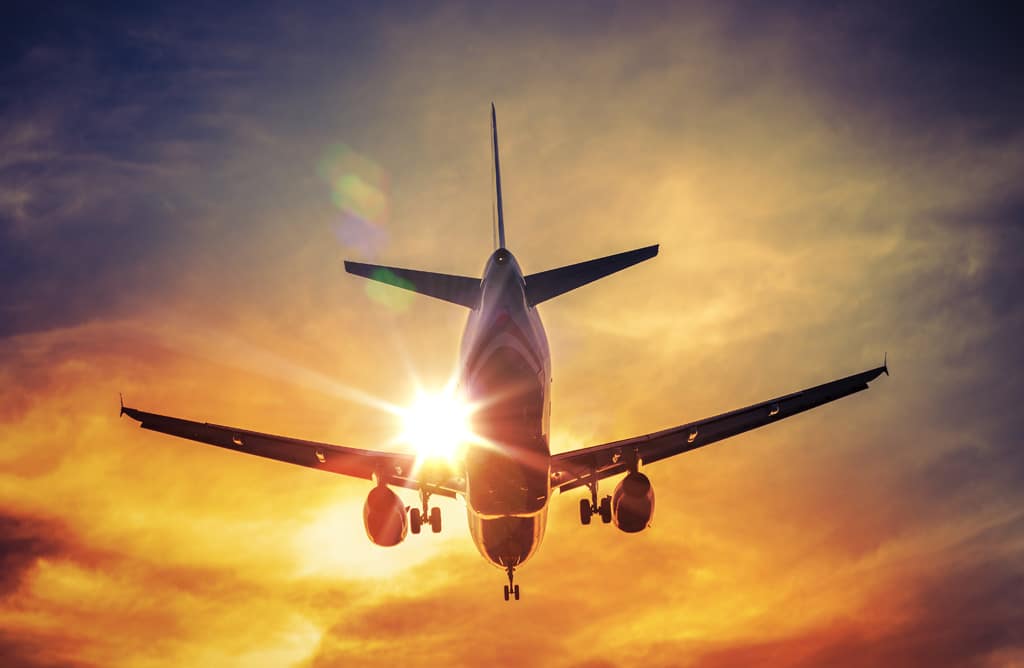 Experts say that the fear of flying comes mainly from the fear of not having control over the giant metal tube we are flying in, as well as the general misunderstanding of how one flies a plane. We know how to drive a car, and therefore we are under the illusion that we are more likely to survive an emergency because we believe in our own ability to intervene, where the opposite is quite true, with 1 in 5000 traffic accidents being fatal. That’s right, it is greatly more hazardous to drive to the airport than it is to actually get on a plane.

East Coast Radio presenter Damon Beard recalls, “When I was younger, I had the most horrific fear of flying – and in fact it was so bad, I couldn’t even go to an airport. No one understood how I felt. I was laughed at and ridiculed and I missed out on family holidays and business trips. When friends would plan weekends away, I’d come up with an excuse that I was busy when in fact I wasn’t. It was easier to say that I had other plans than to put myself through the emotional trauma of booking a flight or be ridiculed by my friends because I was scared to fly.

I joined East Coast Radio in 1991 and it was becoming more and more difficult to give excuses…
I’d drive through the night and would spend hours and hours on the road rather than get on a plane.

Eventually, I had no option but to fly and I found myself on the plane sweating and shaking uncontrollably. As the aircrew were about to close the doors, I grabbed my bag from the overhead bin and ran out the door. This happened three times… My fear of flying was crippling me.

Then one morning, I woke up and just decided that I’d had enough. I drove to Virginia Airport and signed up to do my pilot’s license. If I knew HOW a plane flew and WHY it was safe, surely that would help me overcome my fear.

So now, years later, I have my pilot’s license and am no longer afraid to fly.

After extensive research, I realised that there was no one offering help to people who, like me, had a debilitating fear of flying – so my idea of a Flying Without Fear course was born.

Flying, is statistically one of the safest ways to travel but when you’re overcome with fear, it’s difficult to believe this, as anxiety thrives on ignorance, and feeds off your “what if?” catastrophic thoughts. Being anxious makes your frightening thoughts feel more likely to occur…  but feeling anxious doesn’t mean you are in danger.

The course I offer is designed to help nervous passengers overcome their fear of flying, and take their holiday or business trip …and actually, enjoy it. Millions of people around the world suffer from this same fear so together with three of the most highly experienced professionals in the business (two airline captains and a clinical psychologist), we’ll guide our nervous passengers step by step so that before long, they too will be flying. The course covers anything and everything to do with flying from noises passengers hear on taxi and take off, to the principles of flight. Our clinical psychologist conducts an in depth workshop explaining what fears are and how to overcome them.”

Conquer your fears of flying with “Flying Without Fear”, on the 27th of May at the Protea Hotels by Marriott Durban Edward, and learn how to Fly fearlessly and enjoy the magic of travel. Courses are also available in Johannesburg & Cape Town. For Bookings/Details/Dates email Damon at Damon@ecr.co.za, spots are limited!

Attendees to the course stand the chance to win a sleek Octolite 55 suitcase from Samsonite, and will receive 20% off all House of Samsonite Luggage, so you can experience your new-found freedom from flying fear, in style!

This website uses cookies to improve your experience while you navigate through the website. Out of these, the cookies that are categorized as necessary are stored on your browser as they are essential for the working of basic functionalities of the website. We also use third-party cookies that help us analyze and understand how you use this website. These cookies will be stored in your browser only with your consent. You also have the option to opt-out of these cookies. But opting out of some of these cookies may affect your browsing experience.
Necessary Always Enabled
Necessary cookies are absolutely essential for the website to function properly. These cookies ensure basic functionalities and security features of the website, anonymously.
Functional
Functional cookies help to perform certain functionalities like sharing the content of the website on social media platforms, collect feedbacks, and other third-party features.
Performance
Performance cookies are used to understand and analyze the key performance indexes of the website which helps in delivering a better user experience for the visitors.
Analytics
Analytical cookies are used to understand how visitors interact with the website. These cookies help provide information on metrics the number of visitors, bounce rate, traffic source, etc.
Advertisement
Advertisement cookies are used to provide visitors with relevant ads and marketing campaigns. These cookies track visitors across websites and collect information to provide customized ads.
Others
Other uncategorized cookies are those that are being analyzed and have not been classified into a category as yet.
SAVE & ACCEPT
Powered by